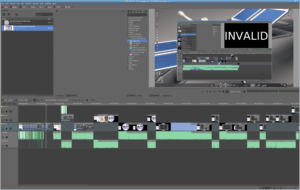 Checked into what the market rates are for animation. What ought we to budget in the future? 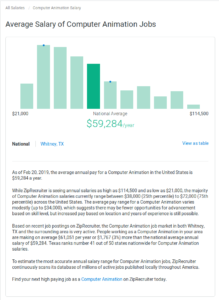 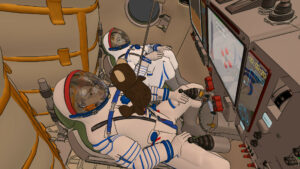 I’ve started blocking the animation and camera files for the flight into space (“S1E01-SF”) sequence. This is essentially a recreation of the shots used in our “teaser trailer” years ago, but with updated sets, characters, props, and rendering parameters.

Still working on poses for the characters and the camera angles to be used. This particular test uses a camera positioned to approximate one of the actual on-board cabin cameras used on Soyuz flights.

I am also recording screencasts of this process, which I will be publishing soon. 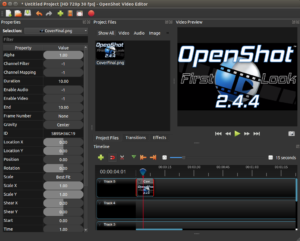 As you probably recall, we’ve been using Kdenlive almost exclusively for video editing on our project. But I’ve also been keeping an eye on the development of OpenShot.  When I tested it previously, I found it still lacking in certain key usability features that I particularly like in Kdenlive — the timeline UI of Kdenlive is particularly good for fine editing (in particular when you  need to cut at exactly the right frame).

On the other hand, I’m not a huge fan of the underlying “MLT” framework that Kdenlive uses as an engine. It’s a very hard format to hack, because it’s conceptually pretty different from the way an editor thinks about the video edit and the way that Kdenlive presents the information. Kdenlive’s save format files are pretty hard to read and fixing a corrupted save file has consistently been beyond my skill level.

It’s probably because of this that Kdenlive doesn’t (or didn’t when I last checked, anyway) have a save format that is compatible with other video editors, such as Blender-VSE or OpenShot, which used the “Edit Decision List” (EDL) interchange format for video editing. So, in a way, Kdenlive’s edit files are less “open”.

There’s also the point that OpenShot is written in Python — a language I know, so I’m much more likely to be able to contribute to it or to add virtual studio integration features into it, whereas I pretty much have to treat Kdenlive as a “black box”.

One other advantage OpenShot has is that it is available on Windows and Macintosh, and so it’s more likely that casual contributors will have access to it.

So, I guess, metaphorically, I might say that Kdenlive is a beautiful edifice built on a slightly dodgy foundation, whereas I feel like OpenShot is a not-quite-adequate shack built on a fantastic foundation (probably pissing off fans of both — sorry).

In practice, though, the history of open source development has not always shown the better-engineered program to be the most successful. Quite often, a strong userbase and motivated developers can keep a questionable infrastructure working much better than noble attempts to re-engineer from the ground up (there’s simply no other explanation for the dominance of PHP and Javascript on the web!).  So I do not consider it a safe bet that OpenShot will overtake Kdenlive in usability — I merely regard it as an exciting possibility.

I have also not spent the time to test OpenShot recently, and certainly not to the level of familiarity I have with Kdenlive. But everytime there’s a new release, I get curious to know what’s been added.

For its part, Kdenlive is MUCH more stable than it used to be (I used to complain about it crashing all the time, and that really has not been a problem for a couple of years now). 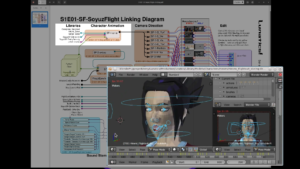 I’ve tested out a new, more in-depth approach to screencasting, and I just finished editing the first of a series I’m going to do following the setup of the “Soyuz Flight” animation sequence in the pilot. This is the longest sequence in the episode, containing several different types of animation workflow that we’ve been using. These tutorials will probably average about 10 minutes each, paced slower than the two-minute tutorials, but still lean, with idle time and rambling cut out.

This first one will simply go over the “link diagram” which is a plan for the whole sequence. After that, I’ll be going over setting up each of the Blender files in the sequence and linking them together properly.

It’s nice to be finally getting the hang of putting these things together! 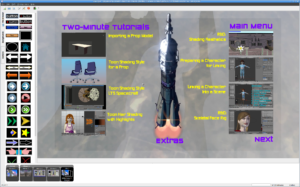 I decided to get started on menus for the Source Edition DVDs (shown here, the first page of the “Two-Minute Tutorials” featurettes, open in DVD-Styler).  The source edition will have a number of tutorials and demos as extras.

I haven’t used DVD-Styler in a couple of years and so I’ve had to stumble around re-learning it. I find that happens with infrequently-used software. But it’s really pretty simple to use. It has a lot of kitschy defaults (like all those pre-drawn buttons on the left) which I mostly ignore in making a “real” DVD (they probably make it a lot faster to whip up a home-movie DVD if you don’t want to spend time customizing the design, though I find that’s part of the fun of mastering a DVD, myself).

I’ve also done some tests with video encoding to see how much of the disk will be taken up by regular DVD video (and thus how much is left for source files). I estimate source file sizes in a previous post here on Patreon.

I think the format is going to work fairly well. We may have to be conservative about how many video extras we add to the disk, but my current estimate is that the video (including the standard-definition episode and extras) will take up about 2 GB, leaving 2.7 GB for source data and a high-definition digital copy of the episode (ironically, the HD file will be smaller than the SD copy, because the VP8 compression algorithm for digital video is much more efficient than the MPEG-2 format used for DVD video).