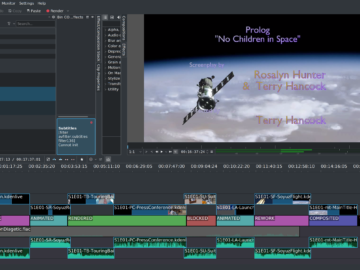 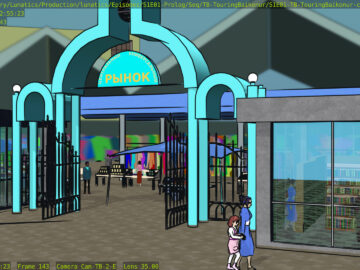 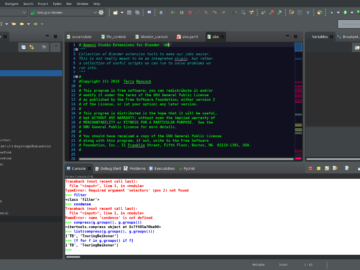 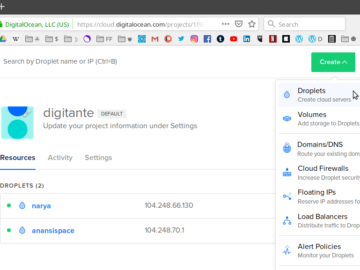 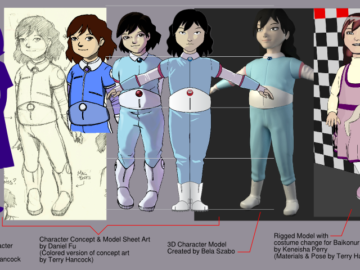 This production log has been pretty neglected over the last year, with most of my posts appearing… 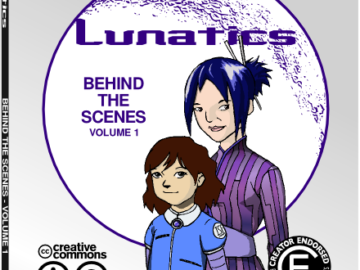 Lib-Ray Editions of the Animatic

As mentioned in my last update, Lunatics is on a hiatus while I work on Lib-Ray goals. In the process, though, I’m finishing up the last Kickstarter rewards for Lunatics as well, which are the three copies of the animatic in prototype Lib-Ray format. They’re basically done, but there’s a couple of minor problems I’m sorting out with the menus and the packaging. After some analysis, I’ve also got some (hopefully much more realistic) predictions about Lib-Ray and Lunatics schedules for 2013.

Well. I’m in bean-counting mode today. Have to itemize all of the expenses for 2012. I’ll finally find out how much I actually spent on Lunatics and Lib-Ray and miscellaneous overhea costs. Just looking at all the line-items, I have a feeling the number is going to be pretty staggering. 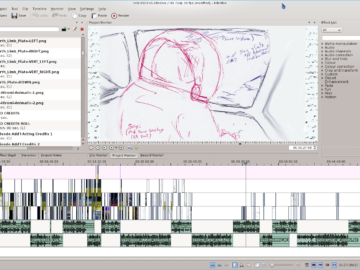 Finishing up the Pilot Animatic

A famous filmmaker once said that “a movie is never finished, only abandoned.” Lately I’ve been trying to decide just when the animatic is ready enough to be “abandoned” by freezing a copy on DVD for our pre-production backers. Of course, it’s not really abandoned — I’ll being going right back to it over the holiday break to make additional improvements. But it will mark a significant milestone as this will be our last reward product for the people who backed us in pre-production. 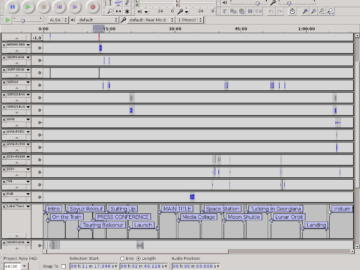 Terry Hancock is currently busy mixing voice recordings for the dialog in “No Children in Space”. This is mostly a matter of fitting all of the lines together and making sure th levels match and the lines will fit reasonably well together. Last wee we shipped the artbooks and posters from our first Kickstarter — hopefully backers have either already received these by now or will in the next few days. Of course, we are still waiting a little longer on the data disks, as we hope to include the audio/animatic production tha we’re working on now. 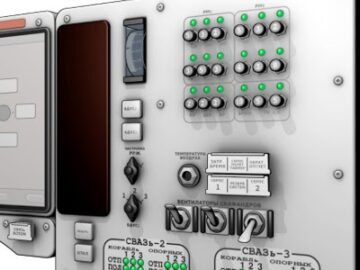 We have extremely busy working on the Teaser Trailer for “No Children in Space” for the last couple of days and the collaboration seems to be working out. I think we’re all learning a lot and getting the team together. And I want to show you this cool model…